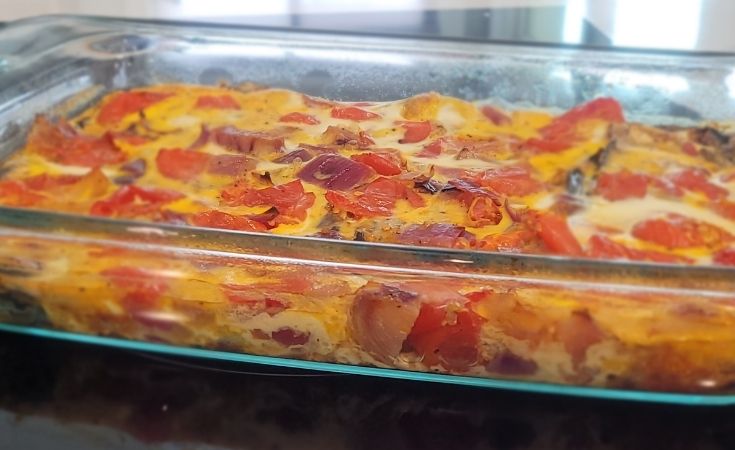 The Eggplant and Tomato Casserole recipe is inspired by the common Filipino dish, Eggplant Omelette or Tortang Talong, which is commonly served with fried rice for breakfast.  Even though, the Filipino eggplant omelette looks like a simple dish, it is not that easy to make in my opinion. The traditional eggplant omelette involves a long preparation time. You need to prepare the eggplant by grilling it until the skin turns black and then removing the burnt skin. The eggplant preparation steps alone will take a long time especially if you are planning to use more than two eggplants. 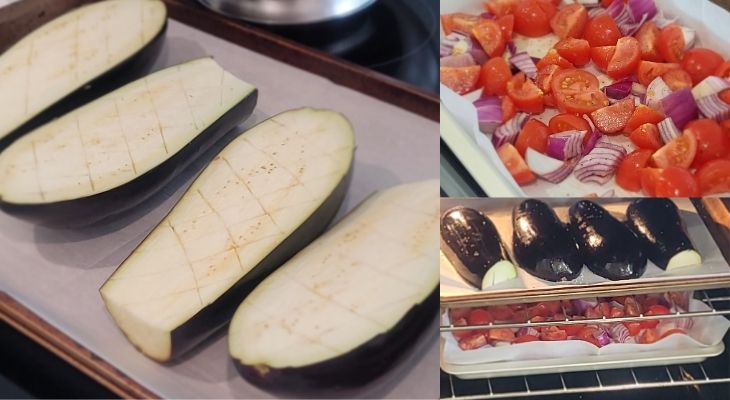 One day, I was having an intense craving for an eggplant omelette but I did not want the whole process of making it. So I did some research to know how to roast an eggplant in the oven. Originally, my plan was just to cook the eggplant in the oven and from there, I would follow the traditional way of cooking an eggplant omelette. However, while my eggplant was roasting in the oven and all my other ingredients, tomatoes and onion were already sliced, I decided to roast the tomatoes and onions as well. In this way, it dramatically cut down the time of preparation because all of the ingredients would roasting at the same time. This made the dish preparation much more simple and much easier. 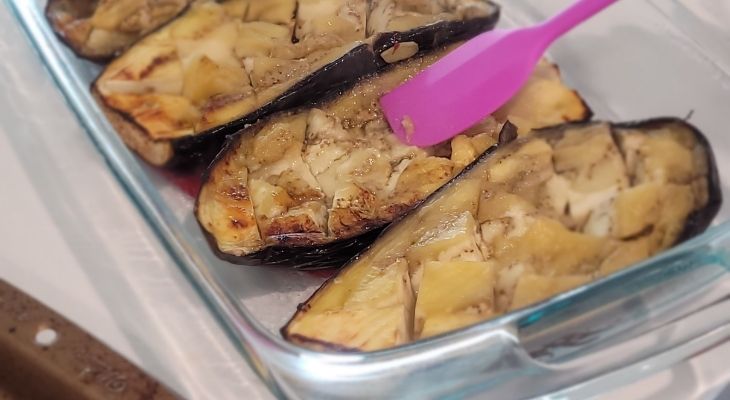 The eggplant and tomato casserole is an easy version of Filipino eggplant omelette. There is no skin peeling, no grilling and no frying. Everything is cooked in the oven. Roasted tomatoes and onion adds amazing depth of flavor to the dish and it makes the dish more flavorful. 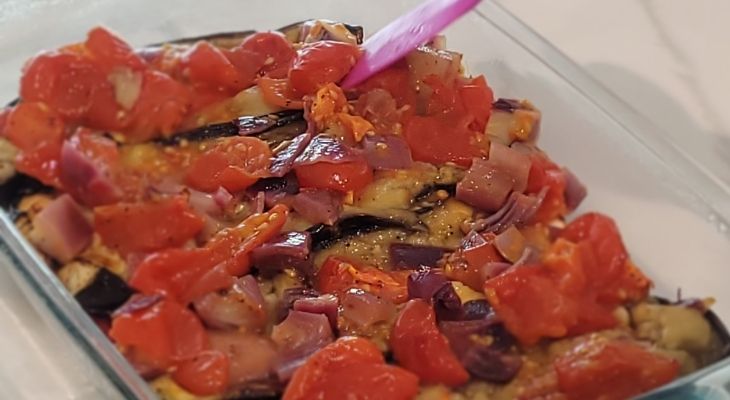 This is also great for a make-ahead breakfast. It’s healthy and delicious. I usually cook this in the evening so it is ready in the morning. All you need to do is to slice it and put it in the microwave for a minute and voila, your breakfast is ready at an instant! 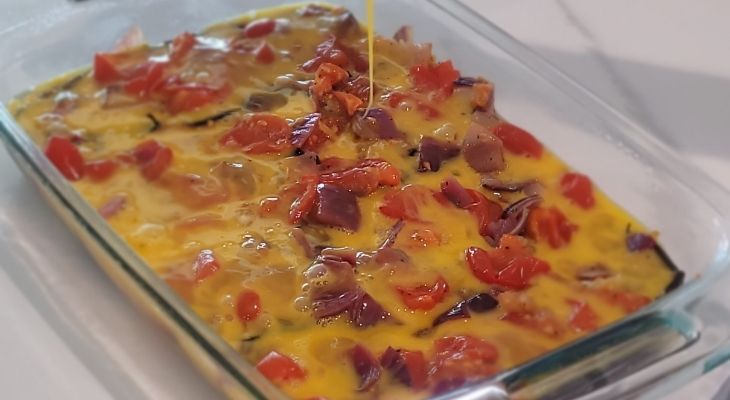 This casserole will last in the fridge for 5 days.