My One Pot Chicken and Rice Recipe: Asian Rice Porridge was inspired by Arroz Caldo, a Filipino dish and by Cabbage Porridge Recipe, a Korean dish. 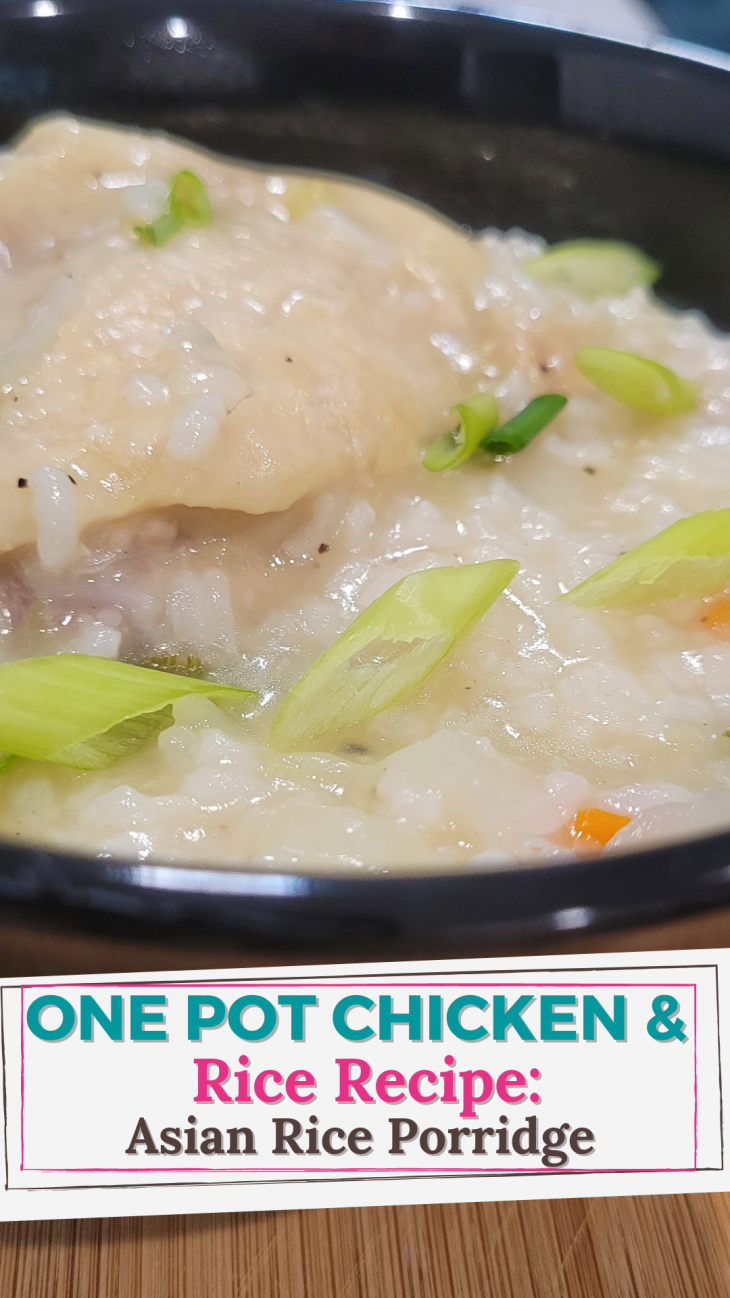 The Filipino Arroz Caldo is the counter part of the Chicken Noodle Soup here in the U.S. Why? Arroz Caldo is the food that a mother will cook when one of her family members is sick because it is easy to digest and a very nourishing meal. It is also a dish that a Filipino family would like to eat during rainy season to help keep them warm.

For the Cabbage Porridge Recipe, I became aware of this Korean dish when I was watching the Korean TV series Oh My Ghost. The TV series was actually focused around a restaurant, the chef, and his employees and for some reason the series gave emphasis to the very simple cabbage porridge recipe, instead of a recipe that may be considered “gourmet”.

After watching the show, I started looking for the recipe so I could know how it was made and I found out that it was somewhat similar to the Filipino Arroz Caldo recipe. Then, the idea of combining the Filipino and Korean recipe into one came to my mind and that is how my One Pot Chicken and Rice Recipe was created.

My One Pot Chicken and Rice Recipe: Asian Rice Porridge is very easy to make and a very healthy meal. You only need a big pot and then you put everything together into the pot. The recipe consists of chicken, rice, cabbage, carrots, fresh ginger, green onions, garlic and seasonings which makes this dish not only a one pot meal but also one healthy complete meal. Aside from the protein that you can get from the chicken and carbohydrates from the rice, the following are some the health benefits that you can get from the remaining ingredients of this recipe:

Because of these health benefits that you can get from my One Pot Chicken and Rice Recipe: Asian Rice Porridge, it is definitely a recipe that is worth a try! 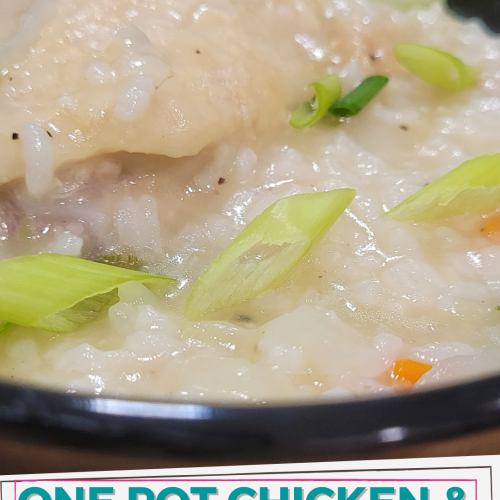