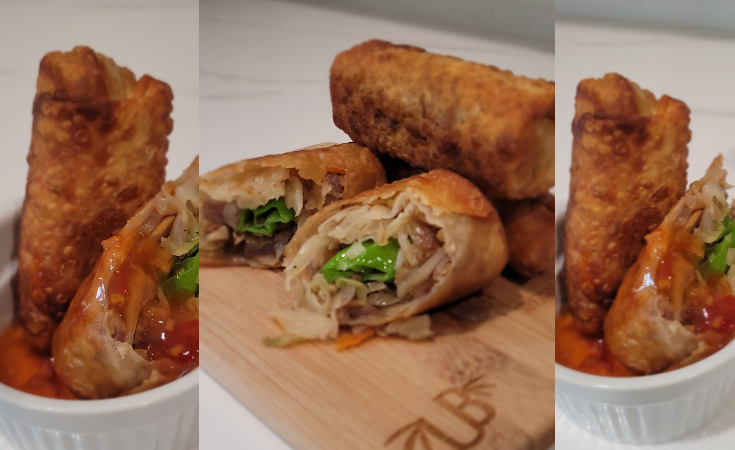 My Spring Rolls Recipe with Shishito Peppers is a simple but very delicious dish. It may sound complicated, but it’s actually easy to make. This recipe is inspired by the famous Filipino’s “Lumpia”.

Lumpia are fried spring rolls filled with different varieties of ingredients such as mixed vegetable, ground chicken, ground pork or a combination of ground meat and mixed vegetables.  It’s usually serve as an appetizer and even as a snack or as a side dish. It’s a very versatile dish that’s why it became such a popular Filipino food.

Why I Added Shishito Peppers In My Spring Rolls

Shishito Peppers come from Asia and are particularly popular in Japan, but how come I did not know about them?!? They are thin-walled, slender and quite a small pepper which makes them easy to cook.  They turn from green to red when ripe but are commonly harvested when green. It is said that one in every ten shishito peppers is spicy which makes it very interesting and fun to eat. This is probably the same reason why they become a popular appetizer pepper aside from the fact that they’re a mostly mild chili pepper.

Shishito peppers are usually cook by sauteing them in high heat known as blistering, by deep frying or by roasting. Since spring rolls are a deep fried dish so adding a shishito peppers to them is the perfect combination. I also thought of coating shishito peppers with cornstarch since cornstarch adds a crispy texture to the dish.

After a few days, I decided to put my idea of using shishito peppers as one of my spring rolls fillings into action. The result was surprisingly delicious! Shishito peppers gave the spring rolls added depth. The fresh peppery flavor with the hint of heat that comes through is a very pleasant surprise.

By the way my husband like to eat the springs rolls with nothing on them while I prefer to eat my spring rolls dipped with sweet and chili sauce. How about you? 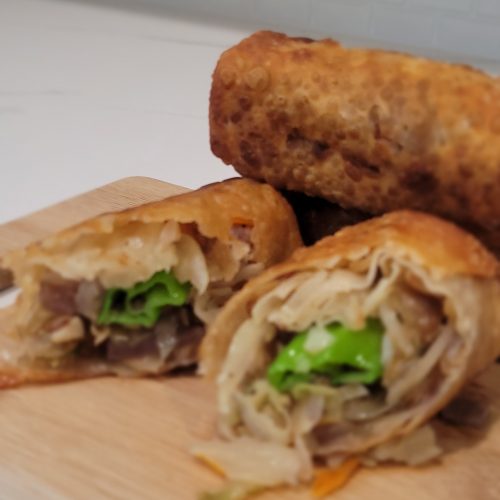